Scott and Melanie Froyen founded The Saint Builder Foundation on April 8, 2017 in order to combat the current culture they have become increasingly frustrated with.  They envision a utopian world where people are striving to be their best selves, using their unique talents to benefit others and doing so in a virtuous manner.  And helping others to do the same. 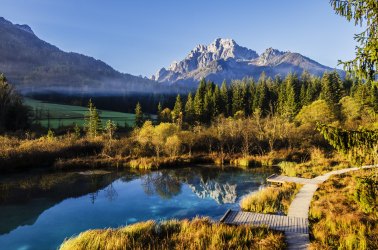 They believe we were handed an earth that began as heaven, full of beauty and everything we needed to thrive as a people.  At the same time we were also given freewill and have used it ever since to incrementally destroy our earthly heaven.  Little-by-little we are slowly turning it into quite the opposite.

Therefore they have started this organization with a Vision to revive heaven on earth.  Vision statements are supposed to be lofty and aspirational, right?!  Their Mission is to guide, motivate and inspire people to strive to become saints.  And their initial goal is ti inspire 3.5 million people to become passing grade saints by the year 2025 (a passing grade is a “C” or better average Saintball score).

They don’t pretend to be experts in this field.  But who is?  Rather they feel called to do something about what they see as an ever declining society.  They truly believe that if a few of us work toward a shared goal of becoming saints, over time we can inspire others to do the same and growth could happen quickly.  Eventually actively striving for sainthood could become the norm rather than the exception.

We all basically want the same out of life.  To do something worthwhile that we enjoy.  To live peacefully with others.  To leave the world a better place than we found it.  And to help those who can’t help themselves.  In doing so together maybe we could actually  solve the world problems that have plagued us for far too long.  Lofty, yes. Doable, why not?

Melanie and Scott met at a disco on a New Year’s Eve and were married a year later on a leap-year day. They have two children, three grandchildren, and two dogs.  They were born and raised in Iowa and spent 40 years there before moving to FL as many Iowans do.  But they moved back 7 years later as most don’t.  They currently reside in Urbandale, Iowa.

Melanie has been a registered nurse for 35 years.  She spent the bulk of her career in the neonatal intensive care unit at a major hospital.  She also spent a number of years performing research in search of childhood related disease cures. She currently serves as the assistant director at a donation funded free clinic with a pro-life mission.  In her spare time she enjoys biking, tennis and other active activities.

Scott began his career as a certified public accountant at KPMG, servicing clients in the financial services industries. He spent the bulk of his career in the health insurance industry as a leader in the areas of finance, operations, and sales.  Following 33 years of corporate life he left to find his true mission in life.  He believes this is it since he is enjoying his work for the first time ever.  For fun he plays tennis and the drums in an upbeat blues and classic rock cover band. 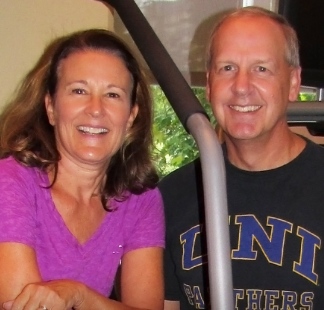 Scott has volunteered his time for many organizations over the years, his most significant contribution being as a board member and past chairman of LifeServe Blood Center in Des Moines, Iowa.

They are self funding The Saint Builder Foundation and not seeking donations.  At some point if needed they will seek tax-exempt status and may ask for your help.  In the meantime, all proceeds from book sales will be reinvested into promoting the mission.

Since Melanie is devoted to spending most of her time in her clinic role, Scott is the main driver of this mission currently.  He is available to discuss the organization and the ideas in the book with anyone who is interested in learning more.  If you have a group that is interested in this topic he would be happy to talk with them as well.

Thank you for your interest in this mission.  We do hope you will join us and look forward to working together with you in pursuit of a saintly world.